Stepping up into our strengths 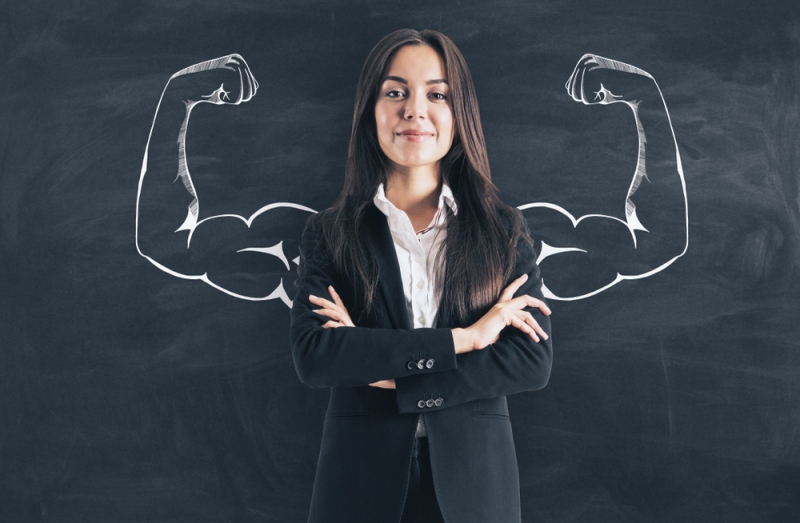 On a recent long road trip, I listened to some wonderful and inspiring speakers who talked about their own journeys in life, the ups and downs of their careers, the people who inspired them and kept them going through the challenging times.  One of the presenters was Sandra Joseph who is a singer and actress with the distinction of being the longest-running leading lady in Broadway’s longest-running show.  She talked about her journey from being a child experiencing significant stage fright for a singing event she could have easily handled in any other circumstance, through to her efforts in trying too hard and being stilted in her singing, before landing the singing goal of her life.

As I listened to Sandra talk about being a quiet child without any particular confidence to share her voice during primary school and the trials and tribulations she went through to obtain her first singing job, I thought about the journey so many of us take when we start on a new career path: initially thinking we can do the job and quickly discovering that it is not that straight forward, or having a sense of trepidation to start something completely new and foreign to us.  Will I be discovered to be a fraud? What happens if I goof this up?  What will other people think of me?  These are often internal questions we ask of ourselves and our outer demeanour might not show any of these inner concerns.

Sandra went on to explain the efforts she went through to become the leading lady of the Broadway play in which she was singing and acting.  This was her main goal in life and was something she had dreamed of since childhood.  She had been an understudy and when she was provided with an opportunity to step up into the leading lady role, she thought long and hard about her approach.  She practised and practised all of the nuances with the songs she knew she would have to sing for the audition so much so that she could nearly sing them in her sleep!  When the opportunity came for her to demonstrate her skills, she sang – but realised as she was singing that her top lip was stuck to the bottom lip and she sounded really wooden.  She knew the producer wasn’t engaged in her efforts either and other people around her wondered what on earth she was doing, sounding as mechanical as she did.  They knew this wasn’t the ‘real’ Sandra.  Needless to say, this effort didn’t result in Sandra achieving that big goal.

Reflecting on this section of Sandra’s talk, I thought about how vigilant I was when I commenced as an auditor, working hard to ‘get things right’ with the content and the steps within any audit process, and to make sure I didn’t make any unnecessary or stupid mistakes.  In those early days, I had a checklist with all the auditing steps I needed to cover and then I would read from the checklist, particularly in opening and closing meetings.  Although I knew I sounded weird, I just wanted to make sure I didn’t miss anything that was important.  But the truth was this was not the ‘real’ me.

As the years went by, Sandra’s goal remained the same but a different sort of reality eventually kicked in.  She came to a point where she realised that she could only sing the real Sandra’s way.  When another audition opportunity came along, she sang the songs the way she envisaged the lead character would: from the heart, with real emotion, joy and sorrow mixed into it all.  She said that she stepped beyond feeling timid and having a small voice, through the need to be right and sounding wooden, to the point where her singing was reflective of her beliefs and position in life.  As a result, the leading lady role became hers.

I often think this is like the way auditors grow and develop in their role, moving from having a quiet, timid voice in the early days as they work through what they need to know, through the experience of trying too hard and sounding really wooden and mechanical to the people they are talking to: going through the motions and yet sounding somewhat disconnected about the process.  As effective auditors step up into their own strengths and unconsciously yet very competently address the many nuances within any audit process, mastery can take time to achieve.  In many ways, it becomes an inner heroic journey to unpack layers of beliefs and preferences in amongst the challenges of any audit process, before arriving at a point where the auditor is authentically exuding a level of genuine authority mixed with a deep understanding of what the organisation experiences with the audit process.  Not an easy road to take, by any means, but one that is deeply fulfilling!

Like Sandra’s experience, it is sometimes only when we ‘get out of our own way’ that the truth of who we are can really shine through.  I think this approach can take a good deal of internal personal courage to work through, with many ups and downs along the way.  Personally, I found that a supportive mentor was incredibly helping in pointing out and exposing some unexpected details with me.  With this sort of support, I have delved into some ‘tough stuff’ and, funnily enough, have seen the mentor walk through ‘stuff’ as well.  In every way, progressing from being timid, then on to being unwittingly mechanical before achieving authenticity is a journey for all auditors, one that makes all the difference in life!

1. Have you realized that you can remain ‘stuck’ at various points on your auditing journey?  How do you manage this?
2. In what ways do you reflect on your own auditing journey?  How would this look in a picture?
3. What difference do authentic and credible auditors make to organisations and services being audited?  Do you think governments, funding bodies, organisations and businesses are comfortable for an auditor to operate in this way?